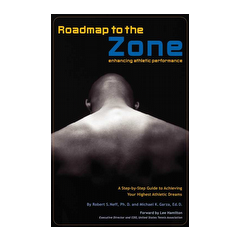 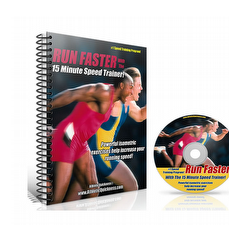 Other than the Olympics being played every four years, what else do you know about the gathering of athletes from all over the world in what is known as the “greatest games on earth”? You surely know that it originated in a place called Olympia in Greece. But what you probably didn’t know is that it is so sacred that there came to be a sacred truce every time it is to be held. The sacred truce called for the cessation of all hostilities for a period of one month to allow for safe passage of athletes to and from Olympia. Convicted criminals get a temporary lease on life as well because no death penalties could be carried out during the truce.

In the ancient times, the Games did not move around to different cities and were permanently played in Olympia. The first event was called the stade. It is a unit of measurement for the Greeks which became the name of the footrace. Now we know where the word stadium comes from. Later on, other events were added to the Olympic Games. In the ancient world, participants in the Olympic Games would compete in the nude. Try sponsorship there!

In the modern times, the Olympic Games became international in 1896. London, this year’s host, will be the first city to host it three times. It first hosted the Games in 1908 and another in 1948, though it owned the right to host it 1944 but was interrupted by the war.

Women were not allowed to play in the Olympics in 1896 as it was “impractical, uninteresting, unaesthetic and incorrect” according to Pierre de Coubertin, founder of the International Olympic Committee. However, one woman, Stamata Revithi, mother of a 17 month-old-boy ran the marathon course after the men had run the race. She finished five hours and 30 minutes and asked witnesses to sign their names and verify the running time. In the 1900 Paris Games, which was held as part of the 1900 World Exposition, women started competing lawn tennis and golf, with England’s Charlotte Cooper as the first woman winning an Olympic event for tennis. Too bad, this was also the year that more athletes were present than spectators.

This is just as well, as IOC had to cede control of the Games to a sports committee who claimed sole right to organize games during the 1900 World Exposition and rarely referred to it as the Olympics. When London stages the Olympic Games, it must remember that Great Britain is the only nation to have won at least one gold medal at every Summer Games. No pressure there!

There are only two sporting events that have no gender divide in the actual competition. Sailing and equestrian are two sports where men and women compete against each other. In 2012, women will enter the boxing ring for the very first time in London.

And when you watch the opening ceremonies of the Olympic Games, a great deal will be given to the final torchbearer. He or she is usually an Olympic athlete, sports figure or an individual with great contributions to society and whose identity is kept under wraps until the last minute.

While the Olympic Torch Relay begins with the torch lighting in Olympia, Greece and journeys to one country after another, the final torchbearer carries one of only thousands made specifically for the torch relay. Almost anyone can carry the torch provided that he or she is at least 14 years old and is able to carry it for at least 400 meters.

One has to be chosen first by the Olympic organizers. And sponsors, too.